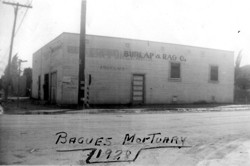 Bagües and Sons Mortuary opened its doors in 1928, in an old burlap manufacturing building, when Felipe and Lucy Bagües started the business. Catering to the Latino community, the business grew and eventually outgrew its original building. 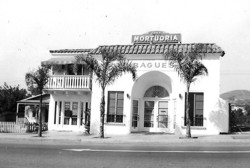 In 1936, the mortuary moved to its location on East Cesar Chavez Avenue. At that time, the street was called Brooklyn Avenue, since it was well before anyone had heard of Cesar Chavez. Many of the old-timers in the neighborhood still refer to the street as Brooklyn Ave. 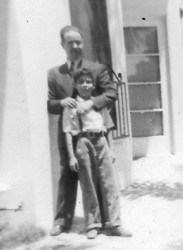 Bagues and Sons Mortuary closed its doors for the last time on August 30, 2014.

The hearse is the symbol of the mortuary business and through its 85 year history, Bagües and Sons Mortuary had quite a variety of company cars. 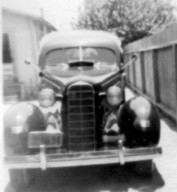